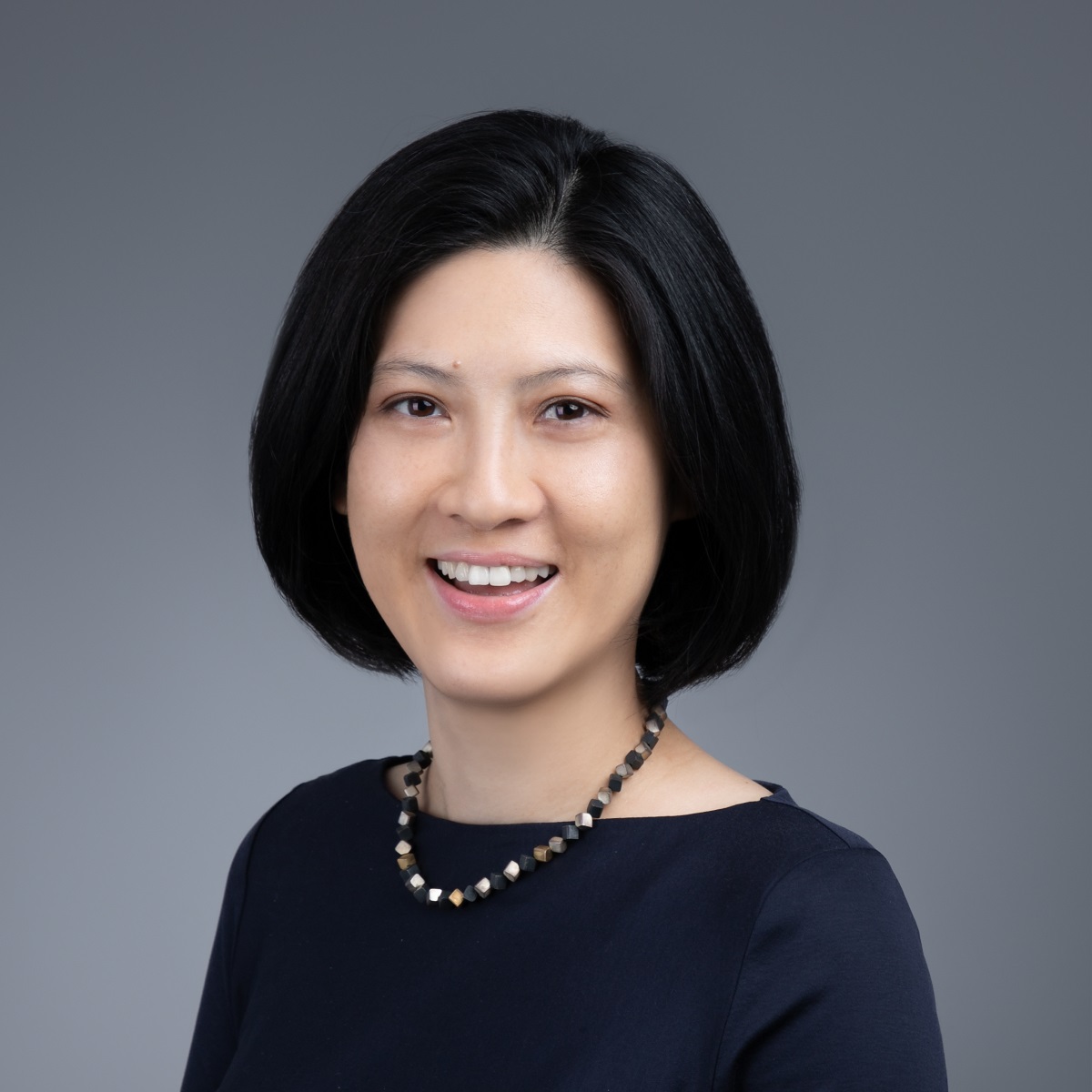 Yvette Kwan is the COO and a Partner at Quinlan & Associates.

Prior to that, Yvette worked in UBS’s Group Strategy and M&A departments in Hong Kong, Zurich, and Sydney. She also worked in the Greater China and Corporate Finance team at Credit Suisse First Boston in Hong Kong.  Yvette began her career in Emerging Business Services and Corporate Tax at PwC in Sydney.

Yvette graduated with merit from the University of New South Wales with a Bachelor of Commerce majoring in Accounting and Finance, and is a Chartered Accountant.  She also holds a Master of Business Administration from the Australian Graduate School of Management. 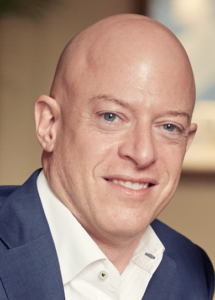 Marcus Consolini is a Partner at Quinlan & Associates.

Marcus has over 25 years of experience in financial technology, investment banking, alternative asset management, and consulting, the majority of which was spent in Asia.

Prior to joining Quinlan & Associates, Marcus developed and managed alternative asset strategies for private investors in Asia.  He was also the Asian Head of Trading, Electronic Execution, and Cross-Asset Execution for the likes of JPMorgan, Macquarie Group, and Societe Generale. At Macquarie, he launched and managed their award winning DMA/Algorithmic Trading platform, while also acting as the Global Head of Account Management and Corporate Access.

In addition to his investment banking career, Marcus has been a pioneer and champion in the trading technology space as the Head of Asia for Ullink (now ITIVITI), SWIFT’s first Pre-Trade/Trade Division Global Head and the Co-Founder/COO/CRO of Tigerex Trading System (Asia’s first Electronic Trading platform sponsored by the ASX). Before this, he worked on Wall Street as American Express Consulting Group’s Head of E-Commerce. Marcus began his career at Deloitte & Touché in New York.

Marcus was one of the founders and later Co-Chair of the Asian FIX (FPL) community and is a global industry speaker on Electronic Execution and Financial Technology.

Marcus holds a Masters degree in Finance and Operations from the University of Ottawa, a Bachelor of Arts in Political Science and Analytical Statistics from Lehigh University, and has served with distinction as an Officer in the United States Army. 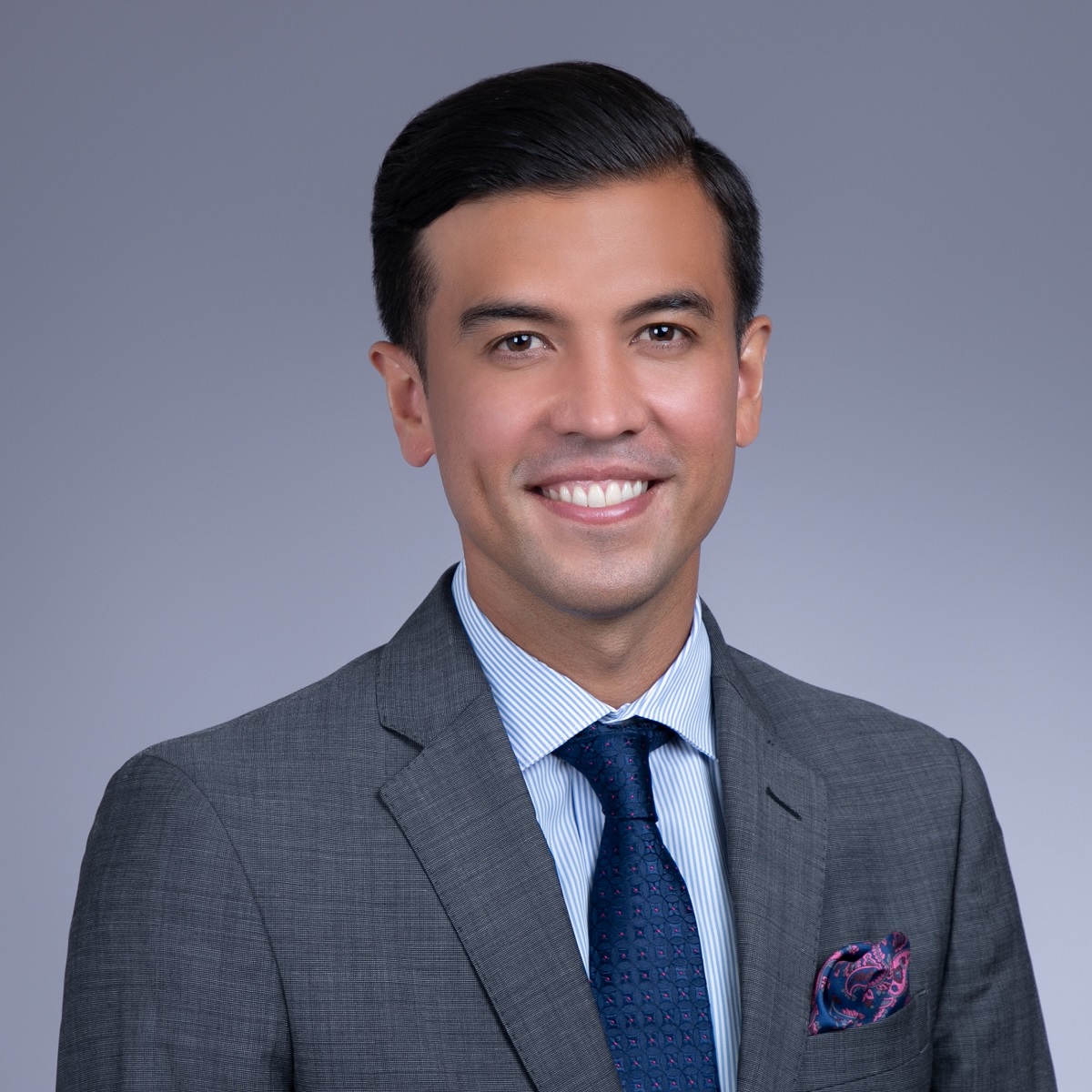 Michael Campion is a Partner and Head of Corporate Training at Quinlan & Associates.

Prior to joining Quinlan & Associates, Michael spent 9 years performing on stage as a speaker and emcee, regularly invited to speak in front of audiences of 500+. He has shared the stage with numerous CEOs and celebrities on behalf of blue chip corporates, schools and not-for-profits. A natural communicator, Michael is passionate about unlocking human potential through intelligent coaching and training.

Earlier in his career, Michael worked in global banking and markets at Royal Bank of Scotland in Edinburgh. He subsequently played full-time professional football for several seasons, gaining highly transferable principles and valuable insights from the world of elite sport.

Michael has extensive media experience, having been interviewed live by BBC World, SCMP, RTHK, and worked on live TV as a sports commentator. He also hosts his own business and self-help podcast, ‘Playing The Inner Game’, which ranks among Apple’s top shows. 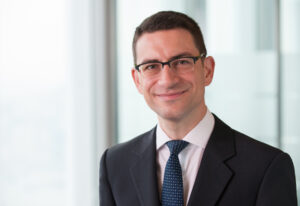 David Rogers is a Partner at Quinlan & Associates.

David has over 20 years of experience in the financial services industry, holding senior trading roles with leading global buy and sell-side institutions.

Prior to joining Quinlan & Associates, David founded 23rd Parallel Consulting, where he advised a number of buy-side firms and brokers on various strategic and operational initiatives. Before establishing 23rd Parallel, David was the APAC Head of Trading for State Street Global Advisors, where he oversaw Fixed Income, Equity, Currency, and Derivatives execution. Prior to his role at State Street, David was responsible for electronic trading, TCA, market structure, and platforms at Fidelity Management & Research. Before this, he was the Head of Asia Portfolio Sales and Trading at Deutsche and the Head of APAC Portfolio Trading at UBS. David began his career at Goldman Sachs in London and has also completed an internship with Williams’ Formula One team in the U.K..

David is a regular speaker / moderator at industry events, including Asia Trader Forum and the FIX Conference. He is also part of the Hong Kong Board of global literacy programme WGI, a participant in The Women’s Foundation Male Allies Programme, a member of the Women In Finance Asia Advisory, and an early-stage investor in various FinTech start-ups.

David graduated from the University of Reading with a BEng in Mechanical Engineering. He also holds an MSc in Automotive Design from Cranfield University. 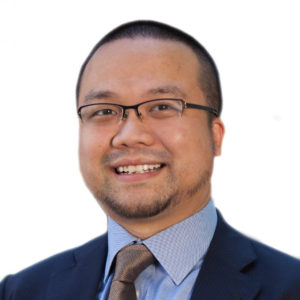 Chunshek Chan is a Principal and Senior Trainer at Quinlan & Associates.

With more than a decade of regional and global team management experience at several multinational corporations, Chunshek is an expert in motivating individuals and leading organizations to stay resilient and deliver outstanding results through times of changes and transitions, delivering a greater sense of purpose and alignment of values between companies and employees. He has worked with both corporate and individual clients on leadership development, people management, team dynamics, and career coaching.

Before pivoting into training and professional coaching, Chunshek served as Global Head of M&A Research at Dealogic, where he managed 40 professionals in 5 cities to produce the global standard in M&A transactional data. On top of his everyday duties, Chunshek designed and delivered dozens of knowledge- and skill-based training programs to Dealogic employees across all functions and geographical locations. He also frequently mentored and coached new managers within Dealogic on success in people management.

Chunshek has appeared on live TV and print interviews with CNBC, Channel NewsAsia, the Wall Street Journal, the Financial Times and the Hong Kong Economic Journal from time to time to share his views on global M&A trends.

Chunshek started his career in finance as a regional Research Relationship Manager at MergerMarket.

Chunshek holds a Master’s degree in Broadcast Journalism from Boston University, and a Bachelor’s degree (with Distinction) in Computer Science and Humanities & Arts from Worcester Polytechnic Institute. He is also a TotalSDI Certified Facilitator, a holder of the Instructional Design Certificate from the Association for Talent Development, and is pursuing his Associate Certified Coach credential with the International Coaching Federation. 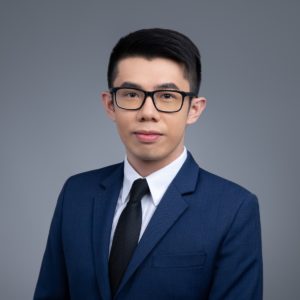 Hugo Cheng is an Associate at Quinlan & Associates. Hugo is also a guest contributor for Regulation Asia.

At Quinlan & Associates, Hugo has engaged with many financial institutions and boutique firms on a host of strategic topics, ranging from international market entry to digital transformation. He has also advised and guided a number of SMEs and start-ups through their growth journey, assisting them in developing strategies to drive rapid and profitable scaling.

Prior to joining Quinlan & Associates, Hugo interned at DBS, eHarmony (focusing on the Internet of Things and Big Data), and at a fashion distribution startup.

Hugo holds a Master’s in Management (Distinction) from Imperial College Business School and an MA in Mathematics from University of Cambridge. 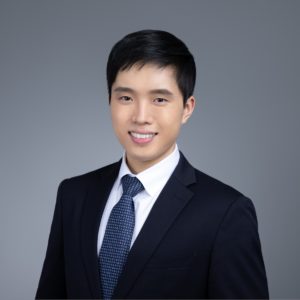 Justin Chung is a Senior Consultant at Quinlan & Associates.

Before joining Quinlan & Associates, Justin specialised in data analytics and data management at JPMorgan, where he engaged in strategic initiatives and change management projects across Asia Pacific. He was also the Vice President for a fast-growing blockchain advisory start-up that was recognised by InvestHK, where he headed corporate structuring and business development.

Before his professional experience, he completed national service in the Republic of Korea Navy, where he was deployed to the Philippines for a rehabilitation mission after Typhoon Yolanda and to Somalia as part of CTF-151, an anti-piracy task force of the United Nations. 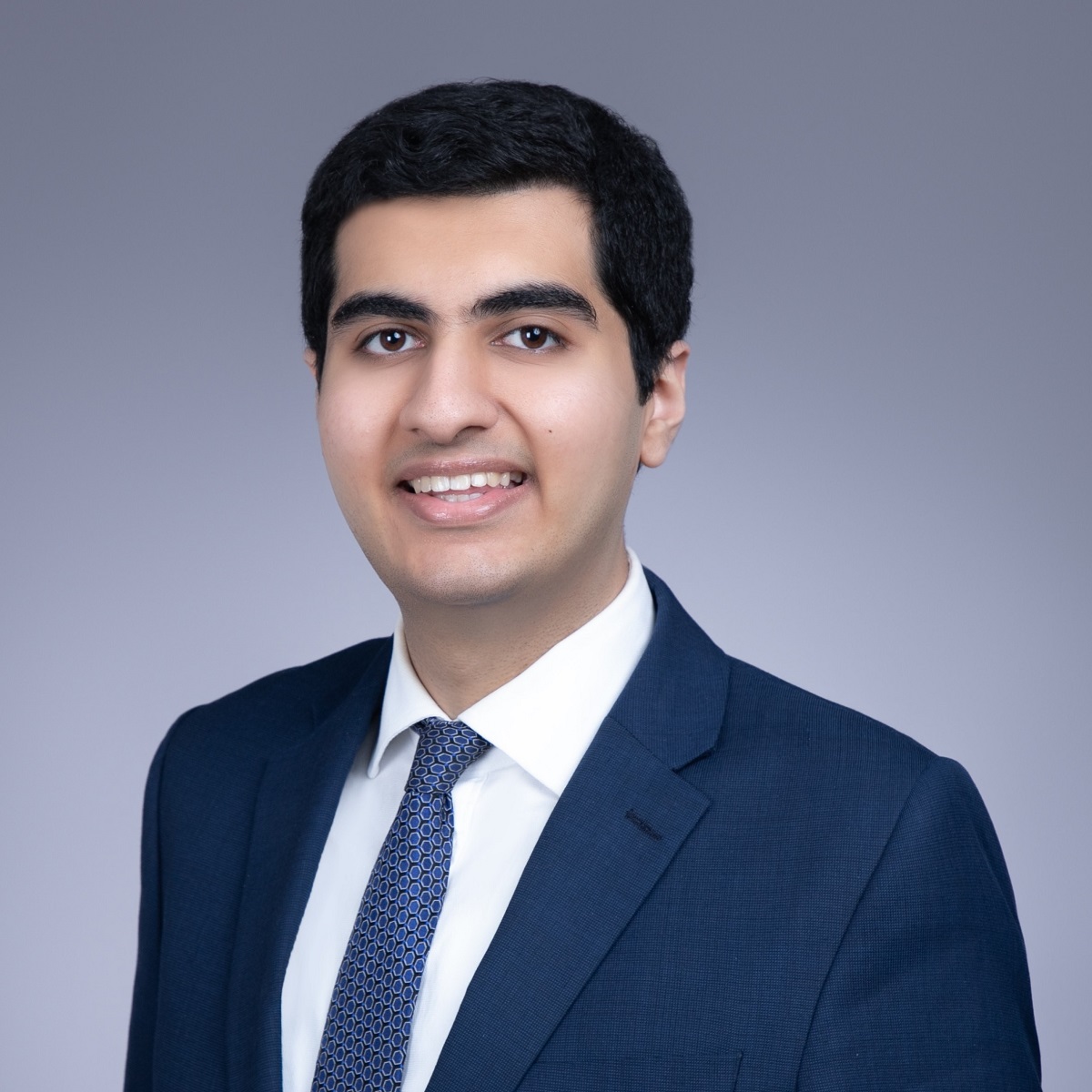 Eashan Trehan is a Consultant at Quinlan & Associates.

He is also an Academic and Career Advisor at St. John’s College, University of Hong Kong (HKU). Prior to joining Quinlan & Associates, Eashan interned at J.P. Morgan, in the investment solutions division where he researched multi-asset investment opportunities. He also interned at Deutsche Bank across credit risk, internal finance and business management.

Eashan was the Head of Finance and Technology at student-led Eureka Consulting Group (ECG), where he completed various consulting projects for MNCs and Asian firms.

Eashan holds a bachelor’s degree in Engineering (Honours), with a double major in Finance and Computer Science from University of Hong Kong (HKU). 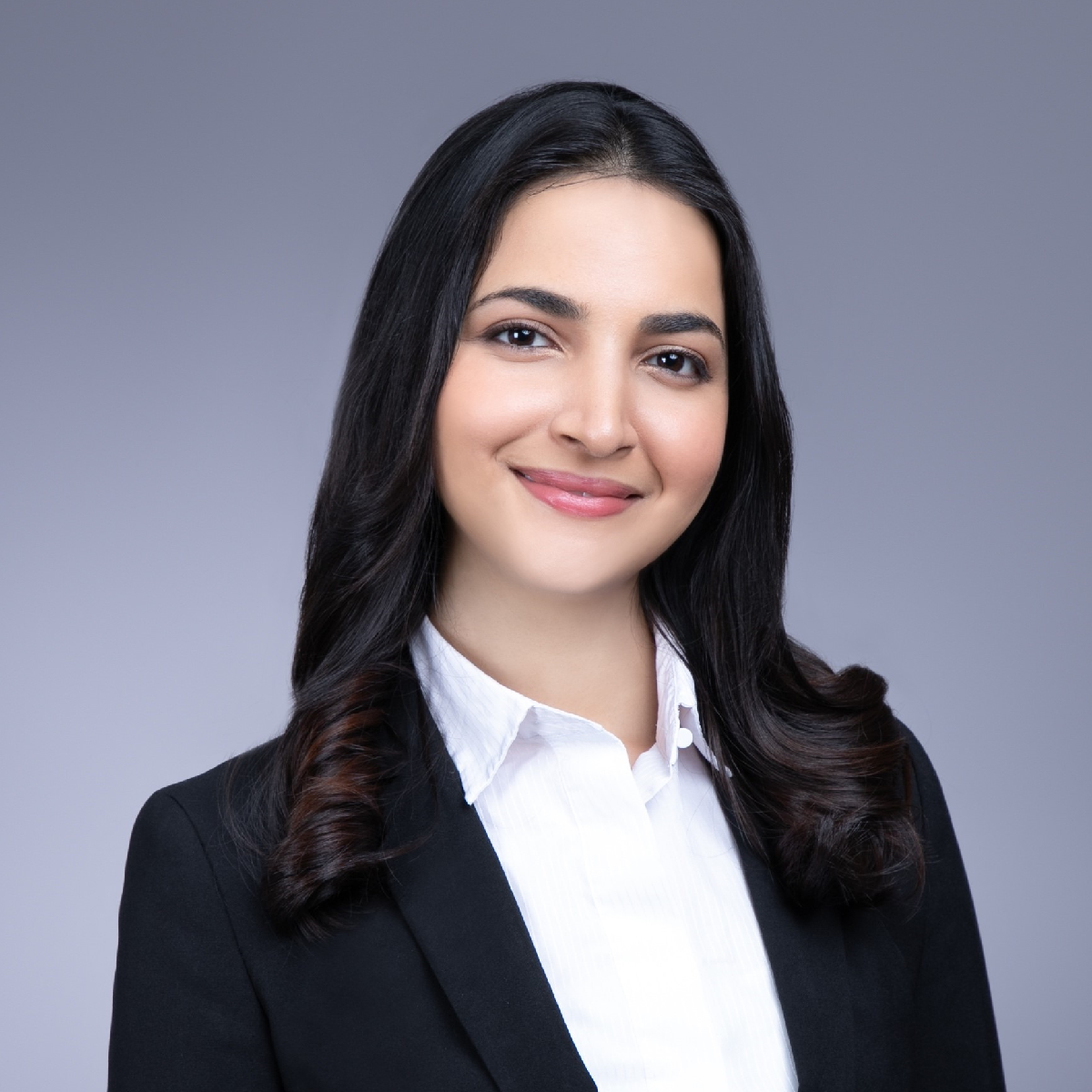 Kaynat Akhtar is a Business Development Associate at Quinlan & Associates.

Kaynat is responsible for identifying opportunities to support all aspects of the business development process. Before joining Quinlan & Associates, Kaynat worked at a global financial derivatives brokerage firm where she was responsible for business development strategy and in advising clients on financial various products, including equities, indices and commodities. She also completed an overseas internship in Spain at a boutique B2B fashion retailer, where she was in charge of social media strategy and handling overseas clients.

Kaynat graduated from Lingnan University with a Bachelors degree of Business Administration (Honours) majoring in Finance and minoring in Marketing.